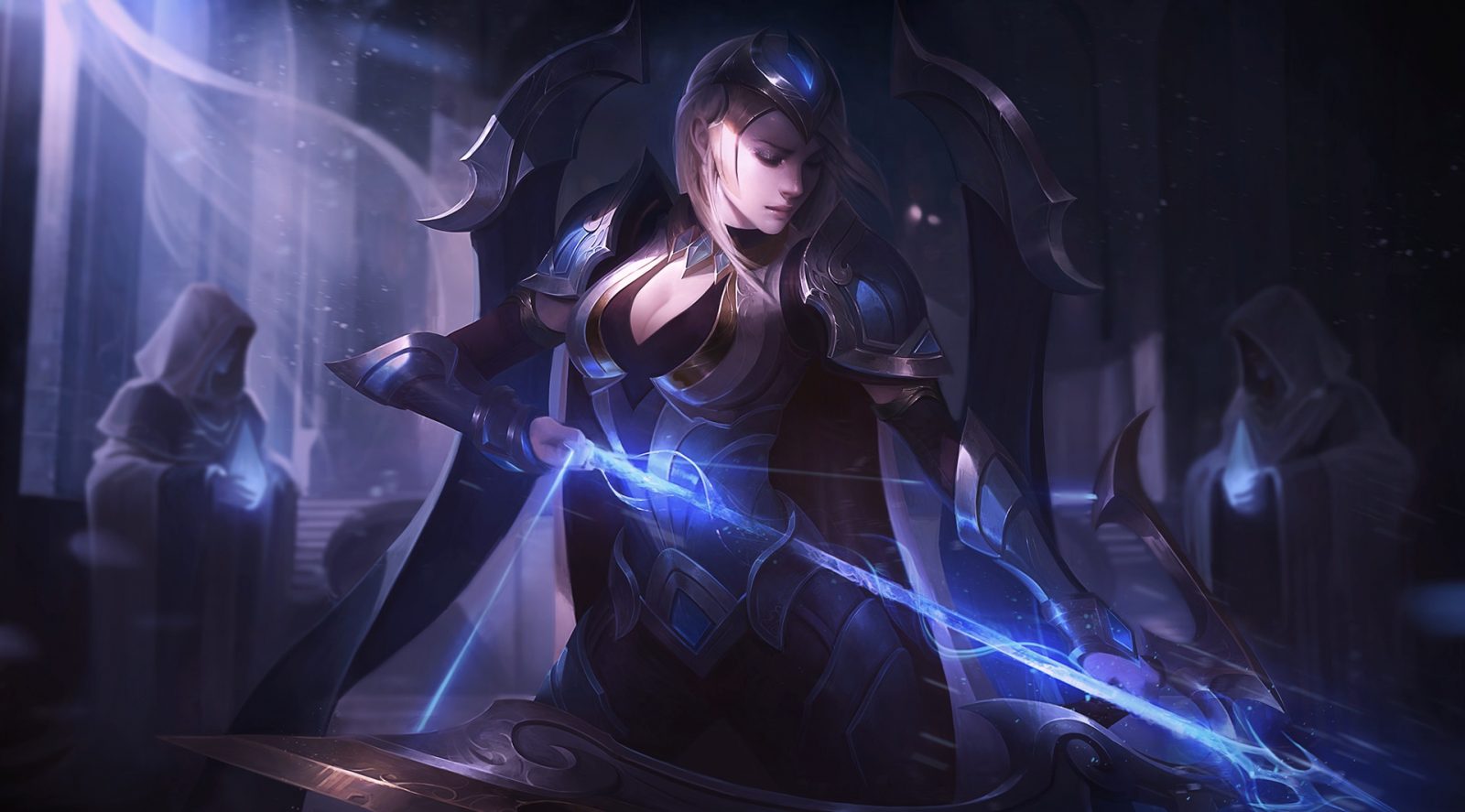 Championship Ashe is a very rare skin in League of Legends, which was released in the fall of 2017 during the LoL World Championship as a thematic skin. It was added to the official Riot Games store and cost 1350 Riot Points until it was once removed. Any player could buy it for RP and add it to their collection, but it wasn’t there, those who put off buying later seriously regretted, because this skin is now unavailable in the game.

Ashe received this skin during the championship and until the very end the players could buy it, she wears the best armor, which is typical for Championship skins (Championship Ashe included) (they are especially dear to fans of competitive online games and ranked matchmaking), on top of the armor there is a huge white-blue a cloak and a white and gold bow, everything corresponds to the spirit of the Championship, this skin can often be seen among professional players.

Every year, Riot Games organize a Championship to determine the best players in the world at the moment and every year they release on the skin, which is dedicated to this significant event. Already exist: Championship Shyvana, Championship Riven, Championship Thresh, Championship Kalista, Championship Zed, Championship Riven 2016 as a tribute to and a reference to the rarest skin of this category.
In addition to the significantly changed appearance, Ashe received many side changes, Riot did a great job on this skin, as a result of which it turned out to be so memorable and desirable – added recall animation, new sound effects and many new particles, we are sure that every gamer who respects himself is simply must have this amazing skin in his collection.

If you use the recall animation, you will witness how Championship Ashe releases an arrow from her bow into the air and her weapon becomes something resembling a golden chair, sitting on which she teleports straight to the base. Original, isn’t it?
Auto-attack and abilities received new sound effects, as already mentioned above, all Championship category skins are worked out in detail, which shows how reverently Riot treat the main event of the year in the game world and its users.

How to get Championship Ashe in 2021?

During the 2017 World Cup, players could buy this legendary skin for only 1350 RP, however, immediately after the end of this tournament, the skin was removed from the store and will never be available again. However, if you want to touch the history of the greatest MOBA of all time, in our store you can buy an account that already has Championship Ashe and enjoy part of the history of League of Legends!

Thank you so much for your attention, sincerely yours, SmurfMania.com team
Buy League of Legends Account