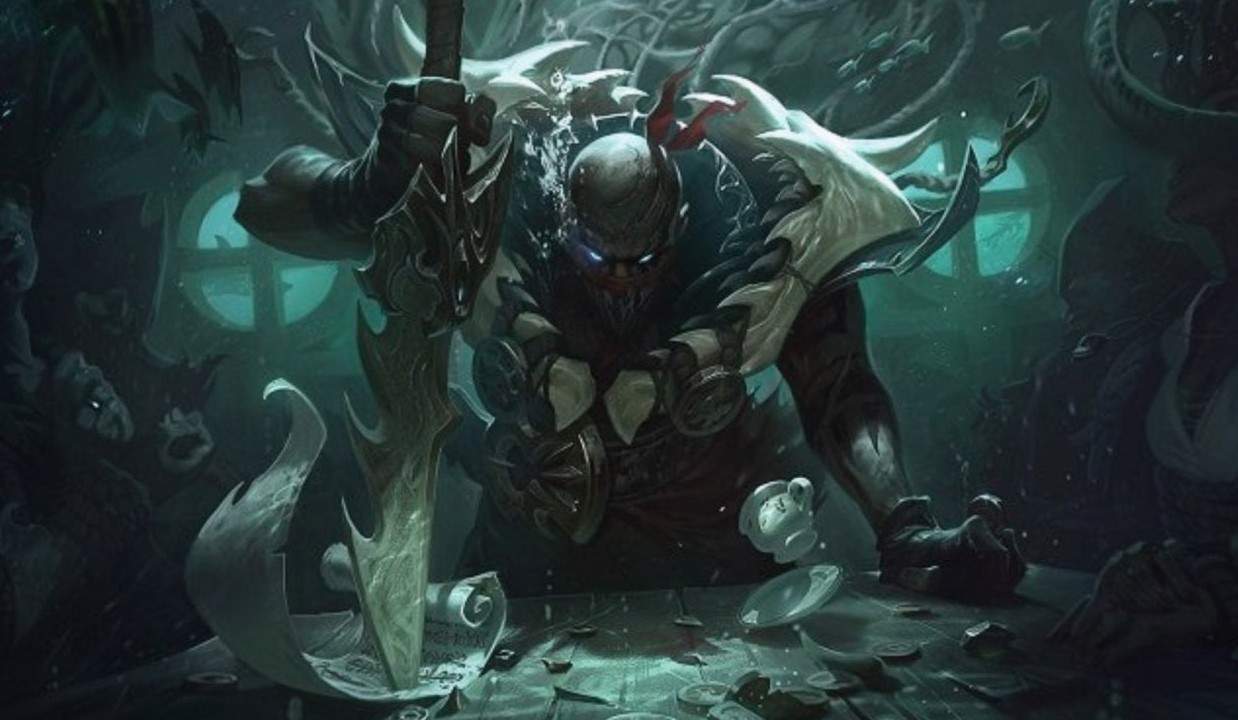 League of Legends has a lot of small and varied Easter eggs. People notice them, although they don’t talk about them often enough. In truth, they bring a lot to the game. Even though we do not value them so much, it seems to me that it would be interesting to look at them and talk about them. You may be familiar with some of them, be they cool pop culture references or just in-game features. Today we are going to take a look at ten of the coolest Easter eggs in the game. We’ll start with a few interesting replicas, which we decided to combine together into one common Easter egg. Since there are quite a few lines in the game, we decided to pick our favorites from them.

First we have Jax, who sometimes says: “Your health, boy!” Which brings us back to Joe. This guy got an invite to Riot under the make a wish program. After his visit, in honor of Joe, they made a Jaximus skin and added such a replica in his memory. Next, we have a very cool line of Mecha Kha’Zix, who, instead of his usual jokes, says something more interesting. Next up is Janna, who jokes in a very original way. She begins to say her old phrase, and then, as it were, stumbles. It turns out cool. Listen to yourself. Janna isn’t the only one with a joke like this. Gangplank also sometimes laughs like the old Gangplank claiming that something got in his throat.

At number 9, we’ll look at cool interactions. Surely many of you have noticed that when Nunu dies, he and Willump leave behind souls for Thresh. That is, he can take two souls when killing Nunu. But Sejuani leaves only one soul and it actually belongs to Bristle.

Under numbers 8, unfortunately, we have what we have already removed from the game, but we decided to include it anyway, because it seemed cool to me. Previously, Nidalee possessed a passive skill called “On the Hunt”. It gave her the power of a panther and nearby allies received 5 experience every five seconds if they were lower than Nidalee’s level. The amount of experience was low, so it hardly mattered, but Riot Games takes the mechanics of champions seriously, which is why they try to remove such things from the game. A little annoying, but not devoid of meaning.

At number 7, we have something funny. Heimerdinger can get a buff called “Eureka”. To get this buff you will have to pentakill 5 kills. He says “Eureka” because he was able to cure his opponents of “Alive” status. What a friendly scientist after all!

At number 6, we have the first of two Zyra Easter egg. You may not be aware of this from the list, because it is not easy to notice. Zyra and her plants grow a little faster with Leona’s passive, and her friend McCoy gains one run speed while next to Zyra. Interesting interaction between sun and plants.

At number 5, we have real rivalry. It is probably more popular because it concerns Volibear and Zilean. You probably know about this, but it’s so interesting that we decided to add them to the top 5 as it affects the Riot designers. Volibear and Zilean don’t just compete, they literally hate each other. So when Volibear kills Zilean, he gets an additional 11 coins, and when Zilean kills Volibear, he gets an additional 10 coins. You’re probably wondering what this has to do with the designers at Riot. Well, Riot Zileas was vehemently against the idea of ​​the Armored Bear Champion, which he posted on the forums before Volibear was released. Therefore, the confrontation between Volibear and Zilean became an easter egg, thanks to the posts of Zileas on the forums.

At number 4, we have our second Easter egg, Zyra. You’ve probably heard of a game called Plants vs. Zombies. So that’s it. Referring to this game, Riot decided to make a little Easter egg. When Zyra and Sion or Karthus kill each other, they receive two extra coins, which is a reference to the game. We now turn to more serious Easter eggs.

At number 3,we have Jinx and the Piltover champions. When Jinx fights Caitlyn or Vi from the other team, they allget debuff – Catch me if you can. Jinx’s Debuff reads: “Caitlyn and Vi are chasing you. So funny!” It also shows how many times she got the cops. In fact, this is the number of her personal kills or assists against Caitlyn and Vi. Conversely, Caitlyn and Vi receive a debuff that reads: “Jinx is wrecking everything again. How obnoxious! ” Their counters show how many criminals they detained, that is, how many kills and assists they made on the enemy Jinx. It has already happened that such confrontations are accompanied by an additional bonus. And these guys are no worse. As a result, Jinx gets one extra coin for every cop they get out, and Caitlyn and Vi get one coin for every criminal, That is, Jinx they catch. This cool in-game interaction is a nod to the past of these three champions. One of the best Easter eggs!

At number 2,we have a fairly large event called Battle for Freljord. By lore, there are three leaders of the Freljord: Ashe, Sejuani and Lissandra. Each of them has its own faction and all three strive to get the crown to become the queen of Freljord. To run this event, each team must have at least one Freljord leader from these three champions. An event can only start for one of each team. This will happen by chance and only after both champions of both teams have taken part in at least 20 kills, assists, or a combination of both. As soon as the event starts and one of the Freljord leaders gets a kill or assist from another leader, the winner will receive a crown of ice over her head and the “Queen of the Freljord” buff. This event has many different interactions, including various buffs, dependencies on enemy leaders, and all sorts of rekliks. This is a very cool interaction that few people know about, but it seems just wonderful to me.

Lastly, we left the sweetest. There is no cooler Easter egg in the game than The Start of the Hunt. The confrontation between the league’s two most famous hidden assassins – Kha’Zix and Rengar. In truth, I believe this is the first and only time that an Easter egg has made a huge difference in the game. For everything to start, Kha’Zix and Rengar must be in opposite teams and three conditions must be met: Kha’Zix must fully evolve using all three stages of evolution, that is, be level 16. And Rengar should have twelve stacks on his bone necklace. In this case, both characters must be alive. After these conditions are met, the Hunt Start event starts at a random time. Kha’Zix and Rengar should get kill or assist on their opponent. If Rengar starts his hunt and kills Ka`zix first, he will receive a trophy that will turn the bone necklace into the Head of Kha’Zix item. It gives all the bonuses of the bone necklace, and also increases the vision when Rengar is in the bushes. And if Kha’Zix wins the fight and becomes a predator himself, he absorbs Rengar and gets the fourth stage of evolution. It allows you to improve all four of his skills, not just three as usual. Perhaps it’s a lot cooler than what Rengar is getting. But in general, it looks very unusual in the game. This creates particularly tense moments when both champions are on opposing teams. Very cool easter egg because it can affect the game. But, unfortunately, it was recently removed.

I wish Riot would do more of these Easter eggs – this makes League of Legends very diversified. It’s always fun to see this in a game that I love!