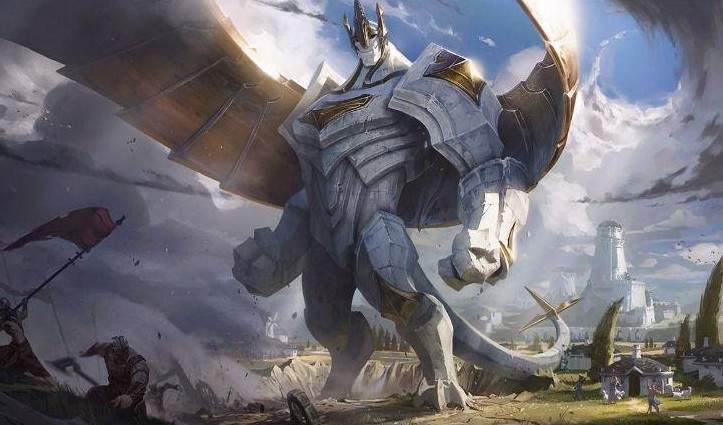 Top 10 Most Underrated Champions in League of Legends | SmurfMania.com

We’ll talk about top 10 most underrated champions in League of Legends! The most underrated champions and builds of the current preseason patch. This preseason behind the low win rates of many champions is this kind of, you know, herd instinct. We began to rely too much on statistics sites, on the assemblies that they offer us. We have become hostages to our own ideas of how a champion should be played and how a champion should be assembled. But this is a common mistake of the survivor, when we evaluate the build only on those who win, but omit information about why the players lose. Although this also contains important information.

Let me explain with the example of Kassadin. At the end of Season 10, Kassadin was a pretty strong champion with a stable 51-52% win rate in the mid lane, which was a very steep result for a balanced meta. But as soon as the preseason patch came out, Kassadin’s winrate just crashed. What happened?

The wand of centuries and the katalist from which it was assembled were removed from the game And the archangel has now stopped giving the shield, that is, Kassadin has lost a lot of stamina. The players stopped looking: what should we collect now? And all statistics sites will offer you to buy luden and archangel. And that’s right: on paper, it’s a super choice! A lot of mane, running speed with luden on a short cooldown is all Kassadin needs. However, the win rate is low, the build does not work, the players began to look for a way out, switched to skillful maneuvering, the second branch took dominance with the taste of blood. And among insatiable hunters, the winrate slightly crawled up, but still below 50%.

However, there are players whom this does not seem to concern. Here’s an example of a Korean player who has a 56% win rate in fifty-nine matches at Kassadin in the preseason. What is he doing wrong? He buys a rift maker instead of a luden, then he buys a lychee storm and only collects the archangel with the third item. Why is it easier to play through this item? Yes, because you start with a disastrous gaze, which gives you 10% of all-round healing and a reserve of health. This is a good replacement for the katalist, and it helps you get through the line phase with less losses. Yes, on paper this assembly is less important, but in fact it turns out to be more successful. Also, if you look at the games for Kassadin, you will see that players began to buy the ice heart with mana in pair with the rift maker. And if you look at the statistics, you will see this very icy heart in the top 8 items on Kassadin by winrate.

And the first one on our list of underrated champions is Mordekaiser. And he, just like Kassadin, became hostage to our ideas about how this champion should be played. When the preseason broke out, what builds did not do. But, it seems, now everyone has agreed that the rift maker is the best option, again, due to the early healing that this item gives. However, there is an item that simply ruins Mordekaiser’s winrate, and this item is the embrace of a demon that absolutely all statistics sites will recommend to you. Again, this item looks awesome! You hit enemies with a passive, and everyone around you burns, and you also get resist. Beauty is it? But no, the winrate drops down. For three thousand gold, you only get 70 Ability Power and an Incendiary Passive ability, but how much damage does it do? One and a half percent of the maximum health per second, even for targets with two thousand health. Tanks will have approximately that much by the time you buy the second item in the game. It will be only 30 damage per second. For the same money, you can buy a nose tooth and get 100 Ability Power, that is, 30 more, 50 percent attack speed and deal 60 points of magic damage per second using auto attacks. Look at the difference in DPS between the two: 300 dps with the nose tooth and 200 dps with the demon’s hug. The difference is 100 dps, one third! The Demon’s Embrace is purchased with the third, fourth item after Zhonya, but not the second item. Because of this, Mordekaiser’s winrate is now suffering.

The next champion on our list is Kayle and this is another super underrated champion. Now Kayle is just strong, but at high elo they know how to destroy her on the lane. However, at low elo, below platinum, that is, where more than half of the players play, Kayle is the top 2 win rate champion on the top lane. Not playing low elo on Kayle right now is like not playing Amumu. All statistics sites show the games of the champions, focusing on platinum and higher, which is why Kayle now looks middling on the sites. But on low, elo is just a broken imbalanced champion. Look at these graphs of Cale’s winrate: from the match duration at 10:22 to 10:23 in the last patch, her peak strength was about 30-35 minutes. Now it has shifted by 20-25. The reason is still the same: the creator of the rifts and Nashor’s Tooth, plus a lich storm. Nashor’s Tooth and Lich Storm have lost their CDR, which Kayle doesn’t need. Because of what, the other combat characteristics on these items grew, which made Cale empty. Maybe Kayle will be a little nerfed like that, but I think at low elo, where junglers still don’t know how to beat her on the lane, she will still be super.

The next in this top of underrated champions is Elise. The preseason jungle change for Spider was just the perfect choice. Thunder is weakened, it takes less time, and now Elise can start a sweep from either side. Secondly, Elise has a very object, from which the night reaper and a new protorel and protoran are assembled. 40 powers and skills and 50 bonus damage per thousand gold – it’s just a fairy tale! Now you don’t need to collect any blue smites. Elise is now the queen of the early game! Why is Elise’s win rate so low? Because the players this season have forgotten how to play aggressively, everyone goes to endless farming in an attempt to overscale Amumu and so on. Elise is super strong now, she just doesn’t need to farm her jungle and try to overscale the tanks, it won’t work. But to kill an enemy tank in the jungle due to the early advantage in damage, take all objects from him, disperse your lines – that’s easy.

The next slightly underrated champion, and most likely just a champion build, is Evelynn. For some reason, I advise all statistics sites to collect a night reaper for it, and it is clear why. Evelynn shoot one target, and the reaper gives the most explosive damage to a single target. It would seem to think something? The win rate, however, does not shine. The proto-belt gives 70 percent acceleration towards the target. They used a proto-belt, ran to the target, killed her. In the current meta, everyone has become some kind of super mobile. In the half of melee champions, there are either jumps, or jerks, or accelerations. Use the same weapon! And yes, I know that in the next patch, the rocket pack will be nerfed a little, and it will give half the acceleration. But while she’s not nerfed, use it!

And another slightly underrated champion is Yasuo. Winrate at 47% globally, but there is one player who has a rather original take on Yasuo’s preseason build. And the effectiveness of this build is backed up by a fantastic 84% win rate over thirty-two games. To begin with, he does not collect the edge of infinity at all. How is he going then? It’s very simple! He’s going through Guinsoo. Well, Guinsoo, a crossbow of immortality, a bloodsucker, then a phantom, then a subject for survival, it could be the end of death, a guardian angel. In runes, he takes the taste of blood, an insatiable hunter, or a branch of courage with a blow with a shield and a bone plate. He gets super vitality. Does it sag in damage? Yes, it looks like no.

Another middle lane champion is Singed. The Riftmaker is just the perfect item on Singed. But I recommend sunfire, it’s easier to push with it, it’s easier to roam with it. The initial resists of the item allow you to create a very powerful combo of Demon and Rilai with a second or third item. Do you think sunfire will have less damage than the rift creator? No matter how it is! Even after the hotfixes, you will be with the top damage in the team, I promise you.

We move to the bottom lane, and while everyone around is sure that the top underrated champions are Miss Fortune, there is a champion on the bottom lane who can compete with them. And this is Kai’Sa with a lethality build. Again, all statistics sites will offer you to buy a hybrid assembly through a knuckle tooth, but, alas, without hybrid penetration of tanks, you will not be able to break through. Lethality build is good against subtle targets. You literally detonate the target and go into invisibility, emerging from the shelling from the teamfight. Crits build is good against tank builds, especially with hydra, and the blade on the water just allows you to quickly roll back your skill. We take a kraken killer, hurricane, guinsoo, infin, hydra or blades in the set and complete the assembly by purchasing an item for cutting a heal or for breaking through armor.

The top 1 bottom lane winrate champion is Swain. The new items on Swain are just perfect: lyandri, demon irradiation – all these items seem to be specially designed for this champion. Complete the with Zhonya build and you will be a king! Seriously, Swain just doesn’t have bad matchups, he even beats Samira and Draven. The main thing is to pair your supports with additional control – Leona, Bard, Senna, Maokai. By the way, about Maokai. You just have to try the Maokai support. Currently, Maokai is the strongest support in the game. His Saplings with the embrace of a demon are beyond reality. It doesn’t matter which rune you take, a comet or a tremor of the earth for a better place. No matter how well you play, a single saplings planted in a bush under a liandri and hugged by demons burns 30 percent of any target’s maximum health. It were the most underrated champions League of Legends!