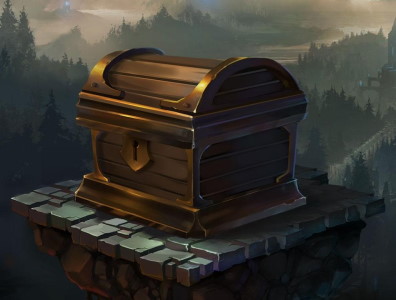 Another skin sticking to Dark Star theme. Born by Singularity, Dark Star Cho’Gath has wild dark energy and is unparalleled in his quest to feed endless darkness. He devours entire planets in his path, and black holes are raging in the center of his chest. This terrible, but at the same time amazing form of life, arose from the remnants of the stars that were consumed by Singularity. The so-called Dark Star has given rise to other creatures that now travel between galaxies, leaving behind a dead silence. Splash art shows us the process of absorption of the Dark Star Cho’Gath of another cosmic body. One can observe how giant vortices attract huge parts of the planets.

The developers did an excellent job, because they added a lot of new animations, particles and effects, which made this skin truly unique. Cho’Gath looks like a space celestial. His body exudes a soft, dark blue glow like a fading star. Again, in the center of it you can see an incredible dark emptiness – his heart. Skin animations also reflect the essence of Cho’Gath. All kinds of vortices in the palette of which there are fantastic colors … During the animation of the return, Dark Star Cho’Gath creates a portal under him to get into a new galaxy, to make his harvest. It is also worth noting sounds that have become much darker and lower. The voice of Cho’Gath is truly mesmerizing and conveys the full power of this space wanderer.

Dark Star Cho’Gath is a mythical skin. This means that you can access it using the Hextech crafting system. The player must combine together 10 rare gems and after that the skin is unlocked. If you have all these stones, you simply have to spend them on this magnificent skin.